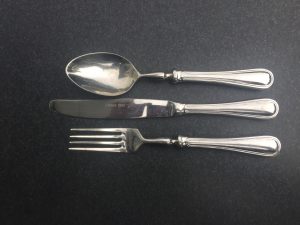 Apologies for last week’s New & Noteworthy list, or more specifically, absence thereof.  I was in Tokyo (more of that in Side Bar). I did keep an eye on happenings and the restaurant I am adding actually opened in September. Somehow I was not so enthusiastic about it at the time but autumn brings nostalgia and I was recalling the restaurant “Flowers” in the flower district in New York and its beautiful rooftop dining area. And this reminded me of  my friend’s meals in Copenhagen filled with flowers, and this then prompted me to add Il Fiorista to this week’s list. Also, the restaurant’s chef is Garrison Price formerly of Il Buco Alimentari, an old favorite.

Speaking of nostalgia, I am keeping an eye on Ten Hope — Harold Dieterle is the consulting chef. The menu is a far cry from the Southeast Asian fares of Perilla and Kin Shop but I always liked his culinary palette.  Also, Aquavit is reopening and I have fond memories of dining there but there is no detail on the chef helming the kitchen which is kind of odd so I’m holding off for now.