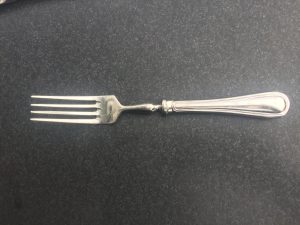 This week, I am removing Anton’s from this list post Pete Wells’ review.  I don’t think Wells had to make a disclaimer that he is not a “normal person” because I too would be put off by inconsistencies from the kitchen as well as the service staff. It is not inexpensive to eat out! (Also, I recently had a real bummer of service experience at  Chama Mama, a NYT Hungry City Critic’s Pick — the kind where the service staff upsells you on dishes and booze and patronizingly accuses the customer about a wrong dish order — the kind that puts one in a bad headspace throughout the whole meal and beyond. The food was fine but I would never return.) Wells’ experiences were much less egregious but I think that food, service and atmosphere are the three main parts of eating out. While I am curious about that spaghetti anchoiade, I can also live without it (or hoping that I get lucky that everything is firing on all cylinders the day I decide to go). Too many other places to try!

It looks like Da Toscano has still not opened its doors but they say that they will begin accepting reservations on Thursday of this week so I am going to add it to the list. I have enjoyed Chef Michael Toscano’s cooking in the past and look forward to his return to NYC.