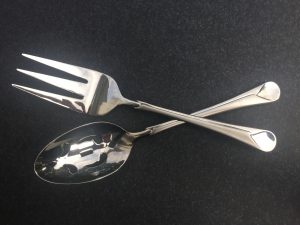 Nolita, then MePa and so on and so on. I sometimes get caught flat-footed on new names for Manhattan neighborhoods. I admit not being familiar with Two Bridges, the Lower East Side/Chinatown neighborhood by the East River flanked by the Brooklyn and Manhattan Bridges before reading the announcements for Ernesto’s. But apparently Mission Chinese Food, Dimes, Golden Diner and Kiki’s are located there. Ernesto’s Chef Ryan Barlow who sharpened his knives at Alinea in Chicago, Frenchette in NYC, and three-star Michelin restaurant Akelarre in San Sabastian, Spain has crafted a menu that celebrates the Basque region and is informed by Paris and NYC. The head bartender comes from Frenchette and the sommelier hails from Clown Bar in Paris. This could be interesting!