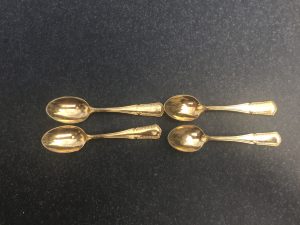 Cooler air stimulates my appetite which is a good thing as there are so many new menus to dig into across the city.  Today, I’m adding Gotham Bar & Grill, which sees a departure of Alfred Portale who helmed the kitchen for over three decades, and the arrival of Victoria Blamey, who received much acclaim from her reboot of Chumley’s.

I”ll be honest that the new Chumley’s menu was a little too meaty and heavy for me. I may be misremembering but I thought it felt April Bloomfield-ish.. You know, lots of marrow and such.  That said, I think I went to Gotham Bar & Grill two times, the last time being at least 15 years ago. The new menu looks thoughtfully inventive where flavors are paired but not so much as to beat you over the head.  I tend to like a somewhat lightness of hand and dishes like charred Japanese eggplant with lapsang souchong; pea dahl with fried shallot and curry leaf; and lamb collar with Calabrian chiles, peppers, kabocha, and pickled eggplant are right up my alley.