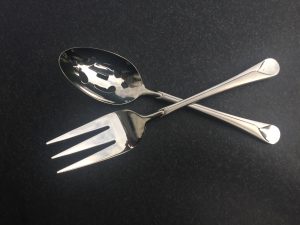 I pass by three or four restaurants from Gabriel Stulman every day as I walk to the subway and run errands.  He has eight spots mostly in the West Village and at the Freehand Hotel in the Gramercy area. I have dined at many of them and his track record alone puts his latest venture, The Jones, on my list.

But this is also a revival of The Great Jones, a neighborhood spot located across the street from where Jean-Michel Basquiat lived; Andy Warhol and Madonna would drop in.  The revamp did not touch the blue and orange exterior, the Elvis bust and neon EAT sign, but the interior and the menu are completely different. In perusing the menu, there is a Filet O’ Fish that clearly is a take on the classic McDonald’s Filet-O-Fish, which was a favorite of mine growing up so I know what I will be ordering on my first visit. The Jones website notes that it is currently open for weekday breakfast and lunch. Articles mention that starting mid-September, it will be open on weekends as well as adding dinner service.